The Singapore Court system consists of several courts to handle cases of varying scope and gravity. This article will provide a short summary of these different courts.

Cases that involve a value of claim above S$250,000 are handled by the High Court. In criminal cases, the High Court generally tries cases where the offence is punishable by death or with an imprisonment for more than 10 years.

Once a decision in the State courts has been made, the parties in the civil litigation cases have an opportunity to contest the outcome by going through an appeals process that will be heard by the High Court. From the decision of the High Court, parties may seek further appeal by going to the Court of Appeal, unless the claims are barred from appeal under the law

Both the High Court and the Court of Appeal form the Supreme Court of Singapore. 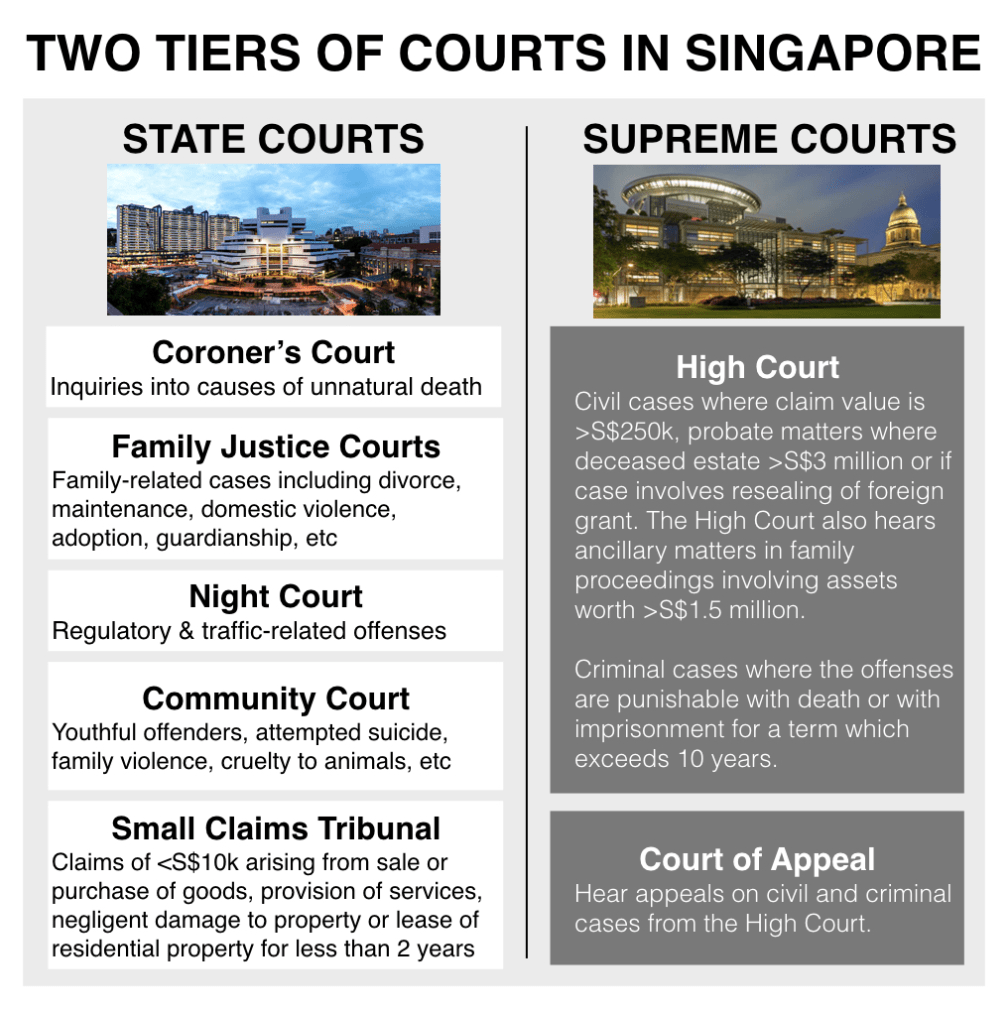 Passing On Assets Held In Singapore If You Reside Outside Singapore

A Quick Guide To Engaging A Reliable Lawyer In Singapore